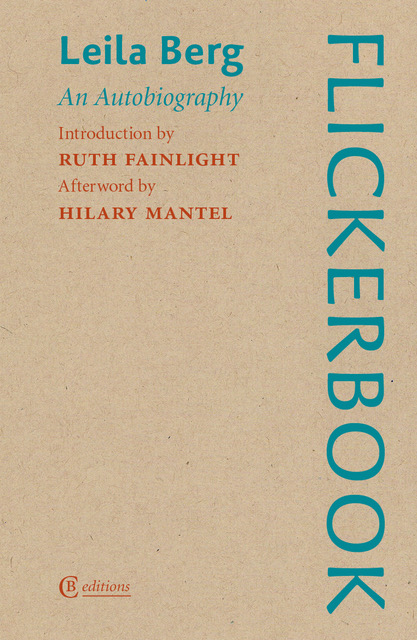 Leila Berg is three years old at the start of this compelling auto- biography of a Jewish girl growing up in Salford in the years between the first and second world wars. She is too young to articulate her own reactions and feelings, but she is entirely aware of them, and also those of the people around her; her bafflement at the words they use to describe their emotions, as well as the subjects they talk about, is conveyed so effectively that one does not know whether to laugh or cry. What especially concerns and puzzles her is the contrast between Jews – herself – and other people, and how to define it. Everything is an indicator although she cannot tell what the difference is. Even the shape of a loaf of bread seems significant. She is extremely intelligent, and wants to know and understand the whole world. She is also strong-willed, with an unshakable sense of her own identity. And she is sensual: she loves colours and textures, sounds and smells; she is highly-sexed: the explanation of a little girl’s technique for falling asleep is one that is rarely presented in a childhood memoir: ‘There are two ways to go to sleep. …. The second way is to stroke and rub and twist  the place between my legs. It is a beautiful feeling, as if I’ve come home, like home is in stories. …. And then I’m asleep.’

One of the first things that happen when she starts school is that: ‘…. two boys got hold of me in the playground and banged my head against the wall over and over, and said “Why did you kill Jesus?” I don’t know who they thought I was. My head hurts.’ She ponders what she sees on the street: ‘Outside the church in Montague Street there’s a man nailed to a cross. We’re not supposed to see it because we’re Jewish but I can’t not see anything. It says outside the church that God gave his very own son to be nailed on the cross because he loved him. And it says he gave him to the world to nail on the cross because he loved the world. How could God do such dreadful things?’

As she grew up, Leila Berg took advantage of every cultural possibility available in Salford and Manchester: music lessons, bookshops, libraries and museums. She walked to school to save the bus and tram-fares to buy second-hand books and tickets to films, theatres and concerts. ‘I am writing all the time. Prose, and poetry,’ she notes, and: ‘I’m spending every minute now translating Greek poetry and Latin poetry into English verse.’  ‘Strange what fun sonnets are to write. I mean generally I hate having to follow rules. But with some things it’s really stimulating. A bit like the Manchester Guardian crossword puzzle. Or like tying up Houdini.’

She has always been sensitive to every form of injustice, and becoming a  teenager during the 1930s as the Nazis took power made her even more politically conscious. She joined The Youth Front Against War and Fascism and went to a huge Socialist Camp on the Yorkshire Moors. Later, living in London, she became a member of the Marylebone Communist Party. She sold Challenge at Marble Arch, standing next to a Blackshirt who is selling Action. ‘One or two people buy from me. Nobody buys from him.’  Her sense of humour saves her from being   too serious a believer. ‘Oh, those Soviet Sportsgirls on the pages of Challenge! Bent back like bows, their breasts straining against their Aertex blouses, their nipples like the thrusting tips of arrows – Twang! And they speed off into the sunrise! We laugh at them.’

Two young men who have been her lovers leave England to fight with the Republicans in Spain, and both of them are killed there. Later, Alf’s shabby blood-stiffened wallet containing his few documents arrived by post. He had chosen her as next of kin to receive this last souvenir of his existence. The rest of their group of friends continue to meet. One day they hear Chamberlain’s announcement that war has been declared.  ‘And suddenly – a terrible sound! …. It moans on and on, up and down, swooping, scooping, sickeningly. The first air-raid siren.’

The volume ends here. In due course, Lelia Berg married and had two children. She went on to a fruitful and distinguished career as a writer about or for children, as well as producing this extraordinary document near the end of her life.