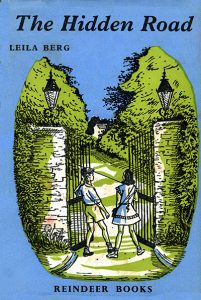 In 1954 Leila’s family moved to Aldrington Road near Tooting Common, a park in South London. At that time the road was unmade, all pot-holes and gravel, shaded by old chestnut trees, and there were big stone gateposts at the Common end, where iron gates had kept it private. Life in a big old Victorian house with a large garden in this “Hidden Road” was short-lived however, as the Council went back on an assurance that there were no development plans, and soon moved in to pave the road, knock down the old houses, and build blocks of council flats.