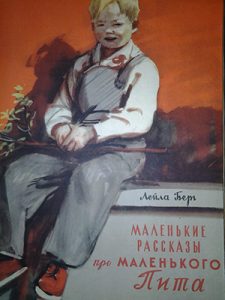 A Russian publisher of children’s books found us (Param and Jenny) through Leila’s ex-agent Lisa Eveleigh who still had an email address and made contact.

We re-appointed Lisa as agent and are now (early May, 2016) close to signing contracts for initial print-runs of 5,000 each of The Little Pete Stories, The Adventures of Chunky, and The Story of the Little Car, in Russian! They were previously published there long ago, before the Berne Convention on international copyrights, so Leila never got paid. But this time is different!

They are all re-illustrated by Russian artists in this case, but if and when other re-publishings happen we will be going for original illustrations to be re-used. These publishers, Melik-Pashaev of Moscow, also publish a bunch of other famous British and American kids’ books in Russian, so Leila will be in great company, and the new M-P publications we’ve seen have high production standards.