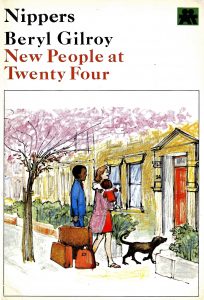 ‘The past week has seen a depressing rise in racially- and ethnically-based incidents of hatred in Britain. Perhaps emboldened by the Brexit vote, perhaps fueled by fear, many British people have found it acceptable to shout at those who appear different in the streets, telling them to “go back where you came from”’. This post-Brexit blog by Professor Karen Sands-O’Connor goes on to cite Leila’s article “We Don’t Mean You” and Nippers such as Beryl Gilroy’s, along with many other writers as exemplifying British resistance to British racism when published. A transcript of a talk by Karen at Newcastle University on the writings of Leila and Beverley Naidoo is also linked from the Tributes section of this website.